An Optomap® using Optos® Daytona Plus literally gives you a 200° field of view of your retina. See Figure 1. This is massive compared to 45° using traditional retinal photography.

Retinal photography is so old school. This technology has been around for decades, started with film then digital but the principles are the same. It is good but with limitations compared to current technology.

To give you a perspective, Figure 2 is a pair of images. On the left was taken with traditional retinal camera and on the right was an Optomap® taken with our Optos® Daytona Plus. They are size-matched of the same eye in real clinical setting of an actual patient (not a model).

This technology shows up certain conditions, such as atrophic macular degeneration. Usually this would be relatively invisible to traditional techniques. Combined with its ultra-widefield capability, Optos® Daytona Plus is just something else entirely.

We thoroughly enjoy this modern and hi-tech piece of equipment like this to give you the advanced eye care you deserve.

Welcome to a new world of visual freedom!

By choosing EyeDream contact lenses to correct your vision you are about to rediscover the convenience and comfort of clear vision without the need to wear spectacles or contact lenses during the day.

The ‘natural vision’ effect of EyeDream is created by wearing specially designed contact lenses during the night whilst you are asleep. The lenses gently reshape the corneas allowing you to see clearly during the day when the lenses are removed.

Click on the following links to read more about EyeDream!

What a remarkable milestone. Visioncare is honoured to have looked after the delightful Joan Rose for the past 30 years. An artist, a mother, and grandmother she has been a regular visitor to the New Barnet practice since the mid 1980’s and she turns 100 in March! The serene painting you see on the wall behind in our consultation room is one of her creations. We congratulate this outstanding woman.

Recent research has shown that exercise  as well as elevating the heart rate may improve vision.

The wide array of benefits from physical exercise is long,including mood enhancement, improved sleep, reduced risk of disease and now researchers believe vision improvement can be added to the mix.

A recent study at UC Santa Barbara recorded vision improevemnt among 18 subject participants who had riding a stationary bike at low intensity.

Tom Bullock a post-doctoral researcher at UC Santa Barbara,said that previous studies had resulted in improved vision among mice during physical activity.

“However, given the vast differences between mouse and primate brains, it is unclear whether these results also apply to the human brain,” he elaborated. “Our data provides evidence that there may well be a common mechanism,” Dr Bullock stated.

During the research program, the 18 volunteers each wore a skull cap cover containing scalp electrodes and a wireless heart rate monitor. The visual neural activity was analysed while the study participants were at rest, as well as during a variety of cycling intensity exercise.

Other research planned by the lab includes a study determining how exercise influences visual working memory.

Maybe time to start moving to help both your heart and your eyes?

A patient Jeanette Jacobs recently sent this kind testimonial after the punctum plug treatment she received for her dry eye condition.

Following on from our conversation earlier this morning please find below my experience for the plug treatment for dry eyes.

When I initially started to notice that my eyes were becoming very dry I started to use eye drops daily to ease the problem, which was crucial as I am a contact lens wearer. However over a couple of years it was clear that my eyes were getting more dry and the drops weren’t as effective.

When I discussed my dry eye problem with Vision Care and they told me about the plug treatment. Initially I dismissed the treatment as I thought it was invasive and sounded very uncomfortable and involved a surgical procedure. Nevertheless when I expressed my concerns, they explained that the treatment was painless, quick and no surgery was involved.

Feeling more positive I agreed to have the plug treatment and can only say I have never looked back. It is done very quickly and you feel absolutely nothing as they are inserted. Also for me the result was instant. My eyes are moist again and my contact lenses are once more extremely comfortable. I am absolutely delighted with the results.

If anyone is considering this treatment I would encourage it for the reasons I have given above.

More information on Punctum Plugs Treatment for Dry Eyes, can be found at this link

Having a regular eye examination is important to maintain the quality of your vision and for the ongoing health of your eyes . Many of the medical conditions which can affect the eye do not have obvious symptoms so an eye examination is often the only way of identifying and treating them. In certain circumstances eye exams can even identify signs of other underlying general health issues.

At Vision Care Medical Eye centres we recommend regular eye exams to help keep you and your eyes in good health. We pride ourselves on using the very latest technology and equipment so that you can be sure that we can offer the most comprehensive health check on your eyes.

Who should have eye exams?

• Children who are of school age and students
• People over the age of 60 –because there is an increased risk of developing eye and health issues after this age
• Smokers – smoking can have a detrimental effect on the health of the eyes
• If you have eye conditions – glaucoma, cataracts, dry eyes.
• Medical conditions – Eg. people who have diabetes, high blood pressure, heart disease or strokes are all at risk from eye disease
• Digital device users – whether this is for work or social use at home.This includes people who use smart phones,tablets and those who regularly play computer games or watch TV
• People who suffer from headaches
• Drivers – especially those who drive regularly as part of their occupation
• People who have a family member who has diabetes, glaucoma or macular degeneration as this increases the chance of them suffering from the same problem

A comprehensive eye examination does much more than test your level of vision. It also can reveal the health of your eyes as well as general health issues.

Examples of what can be identified with a full eye test are shown below:

Mr Rughani’s appearence on the program helped a large number of callers with their questions on a wide variety of eye problems such as cataracts, glaucoma and eye floaters.

Hopefully you managed to catch the program but don’t worry if not, as Mr Bharat Rughani  and our other optometrists are always available in our practices for expert eye care advice. 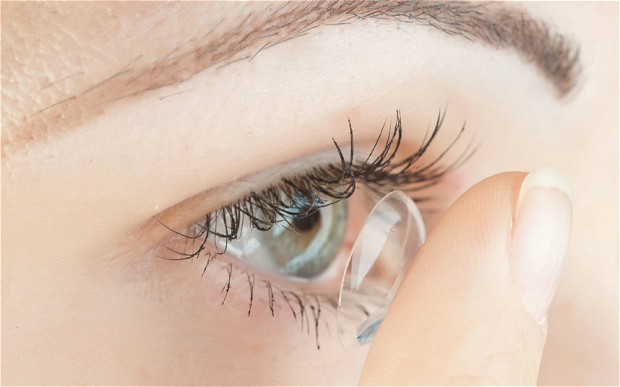 Contact lenses are a great alternative for correcting your vision giving the freedom to enjoy clear vision without wearing spectacles.
Find out more contact lens wear with our answers to some commonly asked questions below.

With modern contact lens materials and designs, almost everyone can be fitted with a suitable lens.
Whether you are looking for clear vision without eyeglasses or want to use contact lenses for leisure or social events our experienced optometrists will be delighted to guide you through the options and explain the different varieties of contact lenses available.

Certainly not! Modern contact lens design mean that multifocal contact lenses are now available for many patients providing clear vision for all distances.

Will  I Still Need to Wear Spectacles if I Wear Contact Lenses?

We would recommend that you also have a pair of spectacles made up in your current prescription to wear in case you are ill or temporarily unable to wear your contact lenses.

Today contact lenses provide a great alternative for our patients who need vision correction but want to enjoy the freedom of not needing to wear spectacles. With a wide range of lens options available at VisionCare Medical Eye centre we can offer contact lenses to suit the different lifestyles and vision requirements of patients whatever their age.

Drinking plenty of water and maintaining hydration throughout the day is important for many reasons — including the health of your eyes.  Dehydration can cause symptoms of dry eyes, eye redness and swollen eyelids.
These easy to follow recipe steps can help you create a refreshing infused water drink to maintain healthy fluid levels during the party season.

1. Use a large glass pitcher or jug.

2. Add a bunch of chopped herbs from this selection: Mint, ginger, basil, rosemary.

3. Add one or two of your favourite fruits and vegetables(washed and sliced) for example choose from a selection of cucumber, strawberries, blueberries, raspberries, lemons, limes, oranges, kiwi, peaches, watermelon  and  add to the pitcher.

4.Fill the jug with fresh filtered water and leave to cool in the refrigerator  for a couple of  hours so the flavours can blend into the water.
Popular flavour combinations: Mint, ginger and cucumber; strawberry, blueberry and basil; peach, mango and rosemary.

The infused water will last for up to 2 days; however, the fruit and veggies may get water-logged so often it is best consumed within 24 hours

This website uses cookies to improve your experience while you navigate through the website. Out of these, the cookies that are categorized as necessary are stored on your browser as they are essential for the working of basic functionalities of the website. We also use third-party cookies that help us analyze and understand how you use this website. These cookies will be stored in your browser only with your consent. You also have the option to opt-out of these cookies. But opting out of some of these cookies may affect your browsing experience.
Necessary Always Enabled
Necessary cookies are absolutely essential for the website to function properly. This category only includes cookies that ensures basic functionalities and security features of the website. These cookies do not store any personal information.
Non-necessary
Any cookies that may not be particularly necessary for the website to function and is used specifically to collect user personal data via analytics, ads, other embedded contents are termed as non-necessary cookies. It is mandatory to procure user consent prior to running these cookies on your website.
SAVE & ACCEPT